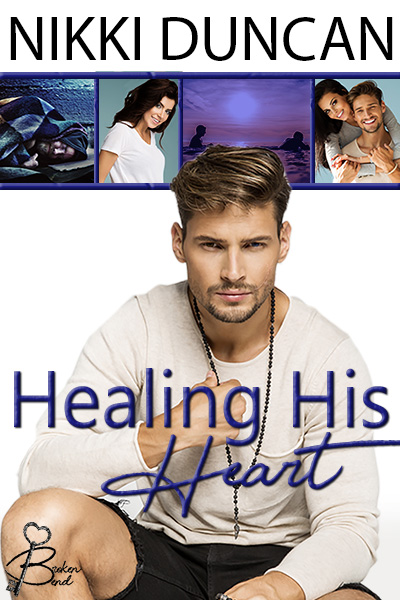 Ronan Anders is a Hollywood heartthrob living within the secret identity of David Anderson. Or maybe David hides within Ronan. When his closest friend seeks him out after years of solitude, he's forced to face his grief, his guilt, and his duty.

Tiffany Collins is a Pollyanna patron with an eerie insight. She doesn't understand why her friend called in an apparent homeless man to help run a halfway house, but she can't deny his appeal.

David wants to keep his secrets. He also recognizes the jeopardy they face with each day that passes and each personal interaction. The most troubling interactions are with a troubled teen in need of help and Tiffany, an intriguing pixie of a woman he can't stop thinking about.

Tiffany wants to unravel David's secrets. She also recognizes him as a flight risk if she pushes too hard, so she forces herself to give him space. Its in that space that she learns who he is beneath his secrets and discovers a connection she'd given up on ever feeling again.

When they're forced to become roommates more secrets aren't the only thing to unravel. Resistance to trust and connection lay in the wake of secrets until only healing remains. And possibly love.

Together, we are braver.

Together, we are stronger.

Together, we can change a life’s course.

Of course, to come together we need enough courage to take a first step on our own. A step that could put us in the path of someone whose influence we most desperately need.

Someone able to listen to a heart’s whisper or a soul’s plea or a teen’s anger.

Someone willing to see beyond themselves, to wrap us in their arms, and carry us from the darkness.

Someone patient enough to wait for the perfect moment and to then recognize that moment and embrace the moment for change.

Who will open your heart?

Who will change your life’s course?

Broken Bend was an old home in Los Angeles that served as a safe place for people rebuilding their lives after being derailed by damaged pasts. As the story went, Johnny Shaw, a local war veteran, had gotten a taste for helping people after co-founding a local soup kitchen. In addition to feeding those in need he’d built a refuge for those looking for a fresh start. He’d then run the house until his death.

Weighed down with the first of many loads of groceries, Tiffany Collins, Broken Bend’s Resident Coordinator entered the house’s kitchen. “I don’t know how we managed the grocery shopping before online ordering and curbside pickup.”

“Don’t you wish we could order by the pallet?” Toni Shaw, her boss and best friend, chuckled from where she loaded the dishwasher. When Toni contacted Tiffany all those months ago, twenty-three months to be exact, and asked her to help manage the place Tiffany wasn’t sure if returning would affect her own recovery. It had, though not as she’d expected. The affect had been positive, very positive; helping people heal offered its own kind of healing.

Her physical wounds had healed clean with minor scarring. Her emotional wounds were pretty well under control, if she didn’t count nightmares and occasional flashes of survivor’s guilt.

A blood stain dripped down the side of the white stained cabinets. A gentle touch transferred some of the sticky mess to Tiffany’s fingertip. She licked the corn syrup concoction off her finger and smiled at Ethan Price. “Does this mean you finished your class project, Ethan?”

At first glance people assumed Ethan was an average, surly white teenager with a grudge against his parents. His reality was wrapped in complexities shadowed by undercurrents of abandonment and racism. Deep beneath the boy’s Kevlar exterior beat a gentle heart that only the younger kids in the house coaxed free. And only when he thought no one was watching.

Ethan barely moved on his barstool as he shot Tiffany his patented scowl before jerking his head toward the human heart he’d built for health class. It was progress that he suppressed his open hostility.

“Does it look done?” He dragged out his syllables, so he sounded almost ghetto, though he’d lived his entire life, until recently, in the lap of perceived refinement and luxury.

“Ethan,” she stepped away from the groceries to evaluate the boy’s project. “This is seriously awesome.”

“We’ll deal with that if it comes to it.” There had been a few run-ins with Ethan’s science teacher. Ethan didn’t take the time to choose words intended to soften a blow. He’d practiced his powers of frustration on his teachers. “Did you get the pump to work?”

“Help me unload the groceries, and we’ll work on it together when we’re done.”

“Don’t bother. It won’t make a difference.” The last time she and Ethan had talked about the project he’d shown real excitement about the idea of building a heart around a balloon that he could make pump. Someone had gotten in his head and dimmed the flame.

His mom, most likely. She wasn’t known for building him up. At sixteen, Ethan knew, at least intellectually, that he shouldn’t give another person the power to make him doubt himself. Life and crappy parents had a way of undermining intellect.

Tiffany’s time at Broken Bend, as a resident and now as the coordinator, suggested the project could be a turning point for him, if it was successful and he allowed himself to be proud of it. Even if he didn’t admit it vocally.

She refused to let him give up on the project. “We’ll work on it together. And don’t sass me.”

“Sass ain’t what I do.” A tiny touch of humor tinted his voice. “What do you know about making a heart pump?”

Giving him a what-did-I-just-say look she answered, “More than you’d think.”