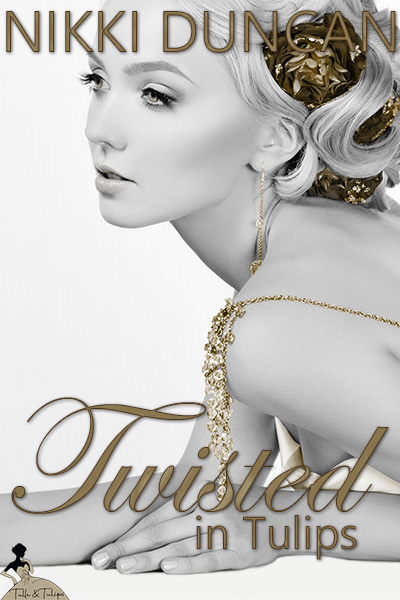 Veteran Jace Nichols misses the interview for his dream job in Miami when he steps in to rescue a woman under attack. A woman who seems more concerned about him rescuing her shoe than her life.

Misty Morgan knows well that everyone is fighting some kind of battle. Her battle is against a snob of a mother. She's uncertain what her rescuer is battling, but she senses his wounds run deeper than a missing arm.

When Jace spots Misty fending off another fawning male, his self-control snaps and he steps in again. Her too short skirts and too tall heels and too sexy legs draw men to her. He's no different, as it seems.

Maybe one crazy night will get her out of his system. Or maybe he'll Instead find himself with more second chances than he can shake his steel hook at. If he can make space for love in his wounded heart.

Jace Nichols rolled his bike to a stop at a red light. A bikini-clad woman in the convertible next to him smiled as she scanned his body. Her smile faltered and her gaze shifted away when she saw his left arm. She faced forward and fidgeted until the light switched to green. With Miami’s morning sun sautéing her exposed skin, she floored the gas.

The Miami masses were as predictable in clothing as their reactions were to what they viewed as an imperfection or weakness.

Refusing to be bothered by the woman’s closed mind, Jace continued toward his job interview. Blue Chip Technologies had a reputation for giving people a chance when others wouldn’t. But they only granted the chance once. He’d moved to Miami for the opportunity to work with one of the top technology companies in the country. The position he was applying for promised to be a challenging one, as the company was moving into higher-level stages of overhauling their security. Desire to win the job, the first since being discharged from service, pounded his insides while the sun pummeled his leather jacket and the black jeans he’d change out of before his appointment.

He just hoped Blue Chip’s CEO, Trevor Masters, was better than the woman in the convertible. After thirty-five regimented years, Jace was comfortable with his status quo, but he hoped Masters was comfortable enough to see beyond a surface image.

A couple blocks from Masters’s building, Jace noticed a curvy woman with slender legs showcased by a mid-thigh mini skirt striding along the palm tree lined sidewalk. Pretty enough. Asking for trouble dressed like that. The kind of trouble she’d get from the jittery man following her at a shrinking distance. She’d exited the coffee shop with her head down and her attention captured by her phone, completely unaware of her surroundings.

Jace looked for space to maneuver around the traffic that had thickened the closer he got to downtown, but he was trapped in his spot. Unable to accelerate, he could only watch as the man grew closer and closer to the woman, who was approaching a darkened entrance to a parking garage.

Jace’s heart sped with every point his odometer dropped. He couldn’t abandon the bike in the middle of traffic, but the double back wheels made jumping onto the curb without damage to the bike impossible. He was blocked.

Her short blonde hair and flawless skin wrapped in a suit that was both professional and sexy contorted into an ugly image in his head. Instead of her beauty he saw a bruised blonde with dirty, ripped clothes lying on the ground. If she were lucky she would only have her money taken. If she weren’t…

He’d witnessed and lived through more unlucky than lucky moments.

He checked his watch. Damn. He’d have to interview in jeans, yet he couldn’t ignore the possibilities before him.

He honked, but went ignored.

“Hey!” he yelled, but not one of the people on the sidewalk looked his way.

He whistled loudly and yelled and pointed toward the woman.

One person looked his way, saw his hand and turned with a shake of their head. Dumbasses.

The man was inches away from the woman as she began to cross into the darkness. He grabbed her in a tight hold, clamped his hand over her mouth to muffle her. Her phone flew from her hand. She flung her coffee into her attacker’s face, but he held tight. A stiletto heel fell off between the attacker’s shuffling feet. Only Jace paid them any attention.

The man pulled her into the garage. His hand at her stomach tugged at her top. Her struggles earned her a ripped blouse, but no freedom.

Shit. There went the interview.

He yanked the front wheel of his bike to the right and gunned the gas. The wheel wells of his back tires scraped noisily as he squeezed the too-wide Harley through two palm trees.

The few people in the way jumped aside, suddenly caring about their surroundings when they were the ones in jeopardy. No doubt one of them would call 911 to report the maniac on his bike. At least it meant action was being taken.

Driving as quickly as possible with the remaining pedestrians diving out of his way, time and his heart rate slowed the more he pushed to get to the woman. Each face he passed was etched in Jace’s mind along with every detail of the attacker and the woman targeted.

It had always been the same. The higher the stress in a situation the calmer his body and mind became until he captured the details as effectively as a video camera. This clip included subtle pings of stop lights, upset pedestrians and the hum of his bike motor zipping by the otherwise slow-moving traffic.

He bent low and grabbed the fallen shoe as he turned into the darkness the man had dragged his victim into. He busted through the single board serving as a gate. May as well leave the cops a sign.

The people he sought were nowhere in sight. Jace pulled into the first spot and shut off the motor. Listening close, he pocketed his keys, tucked her heel into the back waist of his jeans and moved toward the closest and darkest point of the garage.

The feminine curse came quiet and tense from just ahead. A grunt followed, but Jace wasn’t sure if it was from the woman or her attacker. He quickened his pace, staying aware of everything to ensure he wasn’t caught by a second attacker. It wouldn’t be the first time thugs worked in groups.

“Stay still and I might not hurt you too bad, bitch.”

Jace’s eyes had adjusted to the darkness.

The woman’s back was pressed to the man’s chest. He pinned her against him with one arm and slid his free hand down the length of her skirt toward the hem. She used her hands to claw and slap at him. A couple of times she landed a firm grip and almost managed to jerk herself free.

“You’d have an easier time if you’d just learn to pick pockets or steal purses and run.” The woman debated the harsh-sounding creep with a logic rarely found in dire situations.

Damn if it didn’t make Jace smile a little as he closed the remaining distance. “The lady has a point.”

The attacker’s head jerked up. The woman took the distraction as an opportunity. She grabbed again at the hand holding her and wrenched herself free. She stumbled out of her remaining shoe before hustling away.

Her attacker turned on Jace. “You should mind your own business.”

“It would be easier for you.”

They began circling each other. The other man was wary. The stench of booze at eight in the morning should be shocking, but it was likely the reason the man had the courage to try his attack. Jace had seen worse. He rolled his shoulders back and moved in. The man came at him with fists flying.

A step away from the man, Jace grabbed his wrist and pivoted so his back was to the attacker’s chest. He wrapped an arm around the man’s neck and squatted. A breath later Jace stood, lifted him off his feet and flipped him body over head to the ground.

The man’s head cracked the concrete and he stopped moving. Jace verified that he’d only knocked the man unconscious and then turned to the woman, who now stood calmly a few feet away.

He retrieved the second shoe she’d abandoned and moved toward her. “Are you okay, ma’am?”

“Yes.” Her gaze darted from the man he’d laid out, to her shoe, then to his face and back to her shoe. “I could have gotten away.”

“But thank you for helping.” She held out a hand.

“No problem.” It only cost me a job interview. Ready to be away from the woman’s arrogance, Jace extended her shoe. She reached for it and then hesitated when she saw his hand. A part of him wanted to insist she accept the shoe from the hook that replaced where his hand had once been, but people were far less offended when he silently changed hands.

Sirens wailed outside the garage, closing in fast. “The cops will be here momentarily.”

She stared, unspeaking and unmoving, at his hand. Her head was tilted down so he couldn’t read her expression, but her body language didn’t suggest repulsion.

She shook her head and looked up. No. She wasn’t repulsed by him. Maybe…curious.

Headlights and flashing red and blue lights filled the garage. The sirens gave a final warning before cutting off as two officers exited the car. “Freeze,” they ordered. “Step away from the woman.”

“Great,” Jace muttered. Now he was going to completely miss the interview.